The sense of smell may provide important clues to help identify patients with neurodegenerative diseases before their symptoms emerge. Dr. Albers uses the olfactory system of mice and humans to help understand the early events of neurodegeneration in order to find ways to intervene early in the disease process before symptoms appear and distinguish early pathologic events from changes produced by aging. Dr. Arnold leads a broad clinical and translational research program on Alzheimer’s disease and other neurocognitive disorders of aging. His major interests include clinicopathological correlation studies of molecular markers in human cerebrospinal fluid and postmortem brain tissue, the discovery and validation of biochemical biomarkers for diagnosis and staging of neurodegenerative dementias, and the design and conduct of novel, early phase and proof-of-concept clinical trials. Dr. Bacskai uses optical techniques to ask fundamental questions in Alzheimer's disease research. Using the mulitphoton micrsocopy imaging technique, senile plaques of Alzheimer's disease can be detected and characterized in the brains of living transgenic mice. This approach was used to study a way to clear senile plaques based on immunotherapy, as well as to characterize new factors that target amyloid in preclinical development for PET imaging in humans. Dr. Blackstone's research group investigates cellular mechanisms underlying inherited neurological disorders, with an emphasis on neuromuscular and movement disorders. In particular, the pathogenesis of hereditary spastic paraplegias, which affect corticospinal motor axons in a length-dependent manner, is an area of very active interest. Dr. Berezovska leads the Neurobilogy of Alzheimer’s disease research laboratory that studies cellular and molecular events leading to neuropathological changes in Alzheimer’s disease, with a particular focus on the synapse. The ratio of amyloid beta peptides that end in amino acid 42 as compared to amino acid 40 can be measured in the cerebrospinal fluid. An increase in the Abeta 42/40 ratio has been implicated in Alzheimer's disease (AD) pathogenesis. Trained in clinical and basic neuroscience, Dr. Chen studies the molecular biology of neurodegeneration in Parkinson’s disease (PD) and related disorders. Working with collaborators at Mass General, the Harvard School of Public Health, and overseas, Chen’s group is pursuing the biological basis of the epidemiological link between PD and melanoma. Studies have shown that Parkinson’s patients have a higher incidence of melanoma, and that melanoma patients have a higher risk of developing PD. Dr. Choi studies the pathogenesis of Alzheimer's disease and the role of adult-generated neurons in the disease. The human hippocampus normally continues to generate new neurons into old age, but this process is impaired in Alzheimer's disease patients; his research into mouse and cell-culture models of the disease suggests that stimulating neurogenesis alone does not improve mental function but that it may be helpful in combination with other interventions. Dr. Merit Cudkowicz is the Julieanne Dorn Professor of Neurology at Harvard Medical School and the Chief of the Neurology Service at Massachusetts General Hospital. Dr. Cudkowicz’s research and clinical activities are dedicated to the study and treatment of people with Amyotrophic Lateral Sclerosis (ALS). Dr. Cudkowicz directs the Sean M. Healey and AMG Center for ALS. Dr. DiFiglia is a Professor of Neurology at Harvard Medical School and Director of the Laboratory of Cellular Neurobiology at MassGeneral Institute for Neurodegenerative Disease. Sheleads a multidisciplinary research team investigating the role of the Huntington’s disease mutation in the molecular and cellular events leading to neurodegeneration in Huntington’s disease (HD). Dr. Gomez-Isla has specific clinical interests in Alzheimer's disease and other dementias. She sees patients with these disorders as part of clinical evaluation and care, as well as for research purposes. There is a great need to understand the mechanisms that lead to neural system collapse and impaired cognition in Alzheimer's disease and related disorders, and to find better treatments potentially able to prevent or cure this illness. Dr. Gomperts investigates Alzheimer's disease, Parkinson's disease, and Dementia with Lewy Bodies, as well as normal brain function, using both laboratory research and clinical research strategies. His laboratory research is focused on how populations of neurons in the hippocampus represent information, encode new memories, and coordinate with other brain structures in the service of behavior; and how to rescue the failure of those processes in neurologic diseases.

Dr. Griciuc is exploring how CD33, an innate immunity-related gene, serves as a pathogenetic risk factor in Alzheimer’s disease. Her research has shown that CD33 activity in microglia strongly impaired their ability to uptake and clear brain amyloid beta and has uncovered a novel pathway for amyloid beta clearance in the aging brain and Alzheimer's disease pathogenesis. Dr. Hersch’s research focuses on Huntington’s disease (HD) and helping to develop treatments to slow or cure this fatal progressive neurogenetic disorder. His laboratory works to discover and translate potential disease modifying therapies and biomarkers from the lab to the clinic. Dr. Hyman studies the anatomical and molecular basis of dementia in Alzheimer’s disease, and Dementia with Lewy Bodies. His research includes a collaborative of several labs working on different aspects of neurodegenerative disease and dementia. He also has a clinical practice in the Memory and Disorder Unit at the Massachusetts General Hospital devoted towards the care of patients with dementia. Dr. Kastanenka studies aging, with particular emphasis on Alzheimer’s disease. Her laboratory focuses on circuitry disruption during the disease progression and mechanisms of action of Alzheimer’s therapeutics. Dr. Kegel studies the normal and altered function of huntingtin (htt), the protein mutated in Huntington Disease (HD). Her early work revealed that autophagy and the lysosomal system were activated with htt accumulation in an HD cell system. More recently, she has discovered a normal association of htt with specific phosphoinositol phosphates (PIPs). PIPs are lipids present in membranes that can act to target proteins to specific sites within cells. 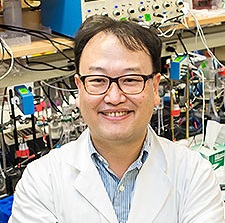 Dr. Lagier-Tourenne performs patient-oriented research to understand the molecular mechanisms driving neurodegeneration in amyotrophic lateral sclerosis (ALS) and frontotemporal dementia (FTD) and to develop therapeutic strategies. Mutations and/or cellular mislocalization of several RNA binding proteins have been identified as central components in the pathogenesis of ALS and FTD. 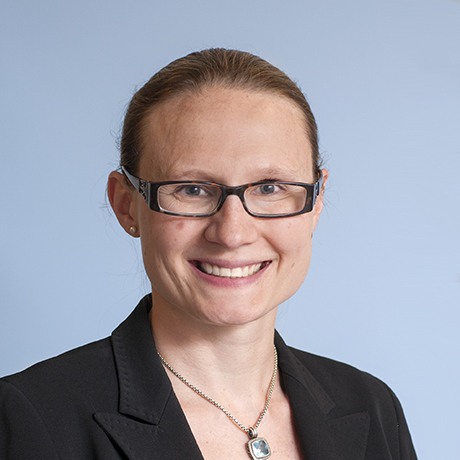 Dr. Linnoila's research interests lie in better understanding the interaction between the immune and nervous systems. In particular, she is interested in the intersection between infectious and autoimmune neurology. She is currently working on establishing a rodent model of autoimmune encephalitis. Dr. Ozelius works to uncover genetic causes for movement disorders, especially dystonias and Parkinson’s disease. Dystonias are characterized by involuntary muscle contractions that lead to slow movements or abnormal postures. Dystonias can be localized, as in writers’ cramp or torticollis, or generalized, and they often run in families. The NeuroEpigenetics laboratory at MIND, under the direction of Dr. Sadri-Vakili, studies the molecular mechanisms that underlie alterations in gene expression in disorders of the nervous system using the most current molecular biology tools. Currently, their efforts are focused on Huntington’s disease (HD), Amyotrophic Lateral Sclerosis (ALS) and addiction. Dr. Schwarzschild's lab investigates molecular mechanisms in mouse models of Parkinson’s disease in an effort to develop improved therapies for neurodegenerative diseases. His research extends to the clinic where he conducts trials of novel treatments with the potential to slow progression of Parkinson’s disease. Dr. Serrano Pozo's research focuses on trying to explain how the amyloid plaques and neurofibrillary tangles accumulate in the brain of Alzheimer’s disease patients and how they lead to dementia. In particular, he is interested in understanding the underlying mechanisms of glial responses and their effects on Alzheimer’s disease development and progression. Dr. Sharma combines clinical expertise in movement disorders with research into the genetics and pathophysiology of dystonia. As founder and director of the dystonia clinic at Mass General, Dr. Sharma conducts systematic clinical evaluation of patients in a longitudinal study of the natural history of dystonia. She collaborates with MIND geneticists to identify new dystonia-causing genes, by collecting families with dystonia for careful clinical characterization and DNA analysis. Dr. Jaehong Suh studies the genetic and molecular mechanisms of Alzheimer’s disease (AD) and other neurodegenerative disorders, with the aim of identifying novel therapeutic targets and developing effective treatments for patients. Suh was involved in the identification of novel mutations from late-onset AD families in the prodomain of ADAM10, a major a-secretase that cleaves B-amyloid (AB region of amyloid precursor protein (APP)). Dr. Tanzi is the Vice-Chair of Neurology (Research) at Mass General and Director of the Genetics and Aging Research Unit at MIND. He is an elected "Professor Representative" to the Mass General Executive Committee on Research and serves as the Chair of the Cure Alzheimer's Fund Research Consortium, for which he spearheads the Alzheimer’s Genome Project. The Van Veluw lab studies the crosslinks between cerebral small vessel disease (SVD) and dementia. They use a combination of advanced neuroimaging techniques in human brain tissue and animal models to unravel the histopathological underpinnings of neuroimaging markers of SVD and to get at the pathophysiological mechanisms involved. Dr. Wasco is interested in factors and events that surround the neuronal degeneration that is characteristic of Alzheimer's disease and normal aging. Her lab was involved in the identification and characterization the two presenilin proteins (PS1 and PS2), and her current focus is on identifying genes associated with the etiology of late onset Alzheimer’s disease. Dr. Zhang’s research is focused on identifying the mechanism of neurodegeneration in Alzheimer’s disease (AD), with the goal of identifying molecular targets and biomarkers that will translate into the development of novel therapeutic strategies for AD. The pathogenesis of AD is believed to be primarily driven by amyloid-B (AB), the principal component of senile plaques in the brain.

Your contributions help drive discovery and propel findings from the laboratory bench into the clinic.